Daryl called to ask if I could make a Santa cap out of my skull cap and explained that a lady told him she thought of Santa Claus when she saw him. Daryl sells a software program that helps people get out of deft so he was seeking a Santa cap to help him with his marketing. After selecting the wicking material, a good band fur, and a pom pom the cap was created. When he sent his picture in the cap Daryl said, “Looks Awesome! Thank you!”. It is good to see how he has used Santa cap pictures in his Debt Free Santa marketing.

Later, Daryl got a Santa cap for summer when the fur would get too warm to be practical. For that one the band was a white wicking. 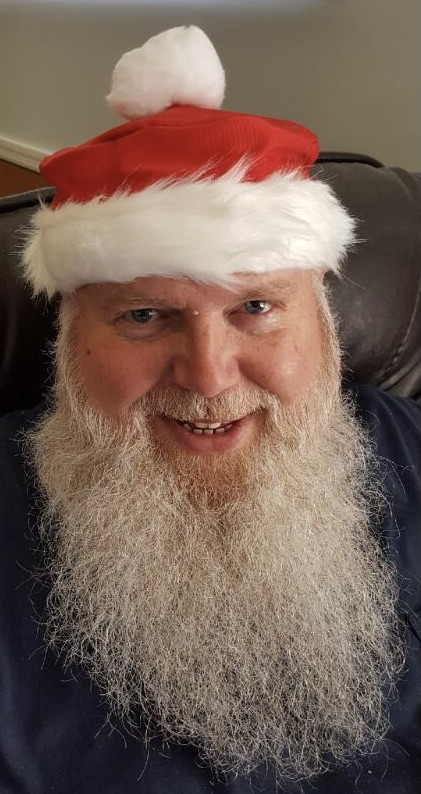 Delighting customers with headwear that they can enjoy for years to come is interesting work. I appreciate hearing from them and am always glad to receive their picture. If I may assist you with some custom headwear, please reach out to me and let’s talk. Please call 913-397-8071 or email sales@Rawls-RileyCreations.com.

Skull caps deliver comfort with a band that wicks moisture away and absorbs it. The bands elastic increases staying power and they come in sizes. Press here for more on skull caps and to see what is available now on Creativeheadwear.com and here for those on Foliesheadwear.com.