Military patrol caps rose to popularity through its extensive military roots to become a casual cap favorite. It enjoys its unisex appeal because, the fact is, it really does look good on everyone.

The military patrol cap is a kepi cap with a flat top on its soft round crown and a stiff bill that helps cut down on bright sun glare. With the use of the M1951 Field cap by the U.S. military in the Korean war it became know as the “patrol cap”.

The patrol cap rivals the ball cap as a hat to store in the ready on a hall coat rack or hook so it will be grabbed on the way out the door. A true everyday cap. These come in two styles. The all-weather style has Velcro along the back so it fits a range of head sizes. The cool-weather style has a fleece lined band.

Military patrol caps look good on everyone. With a flat top, stiff bill, and round crown the cap’s simple style keeps it a casual favorite.

Stay warm on winter days with one of our popular military patrol caps. The fleece lined band works great for added warmth. Get yours at creativeheadwear.com/military-patrol-caps/ #patrolcap #wintercap

Stay Warm Patrol Caps from the Winter 2022 Collection from Rawls-Riley Creations on Vimeo.

My military patrol caps for cool weather were featured in this Virtual Festival. This style of cap, with its rounded crown and bill, is popular and looks good on lots of people. The fleece lined band on these caps make them well suited for cooler weather. It’s sort of like wearing an ear warmer. Some are made in fleece, sweater knits, and fancier velour and velvet.

Check out the available military patrol caps below. If you don’t see what you are looking for, please press here to contact Rawls-Riley Creations for assistance.

Shopping Together with Mom

The gals came to check out the headwear at the Lone Star Rally in Galveston. They took the time to find out about the different styles and that I made it.

It was Mom who announced, “I really don’t look good in hats.” That did not deter them from trying on several while she stood back and watched them enjoy finding one and checking to see how it looked in the mirror. They were pleased to find something and it seemed to be in the process of seeing their efforts that Mom warmed to the thought of looking, too.

They took turns deciding on a color and style that they thought might work. They insisted Mom check each of them out in the mirror. They stood behind her to get the expression on her face as she considered what it looked like on. When she seemed like she should really keep that one for futher consideration, someone would be sure to hold on to it.

As she narrowed her choices down, one of the gals spoke up, “Mom, you sort of liked this one, but I thought this one was much better.” With that she held forward the black military patrol cap.

A final test, just to be sure, was all it took. The second best only got a “sort of” expression in the mirror. It was when she put on the military cap that she honestly had to turn away from the mirror. With that, it was her, “Well, what do you think?”, followed by the approval comments for each of them, that really brought out her big grin.

It was great that her daughter snapped a picture of us. I had my hair bag® do rag on and she had on her new patrol cap.

Press here for the hair bag® do rags. 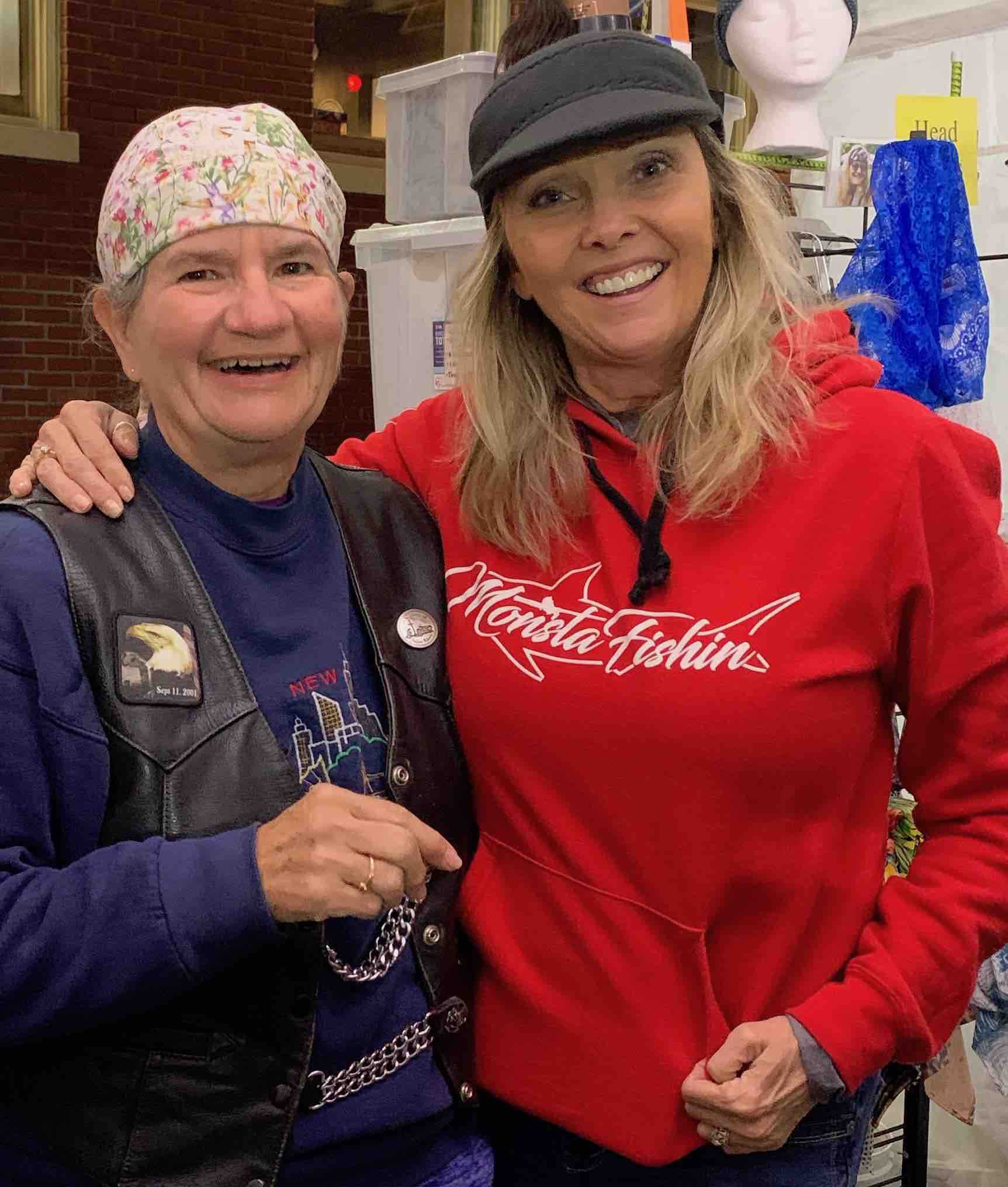 Warmer days called for a redesign of the military patrol caps and lead to a design that works for the Summer. The unlined crown is lightweight and very good for hot days. It’s band has an enclosed terry to help keep drips out of your eyes and enclosed Velcro along the back to accomodate various size heads. The cap comes in two sizes with one for youth and smaller heads and one for popular adult M-L size heads.

Had to try on and get a quick picture of the cap I made for my daughter before I dropped it in the mail. Grandson was pleased to get his cap and he picked the material. 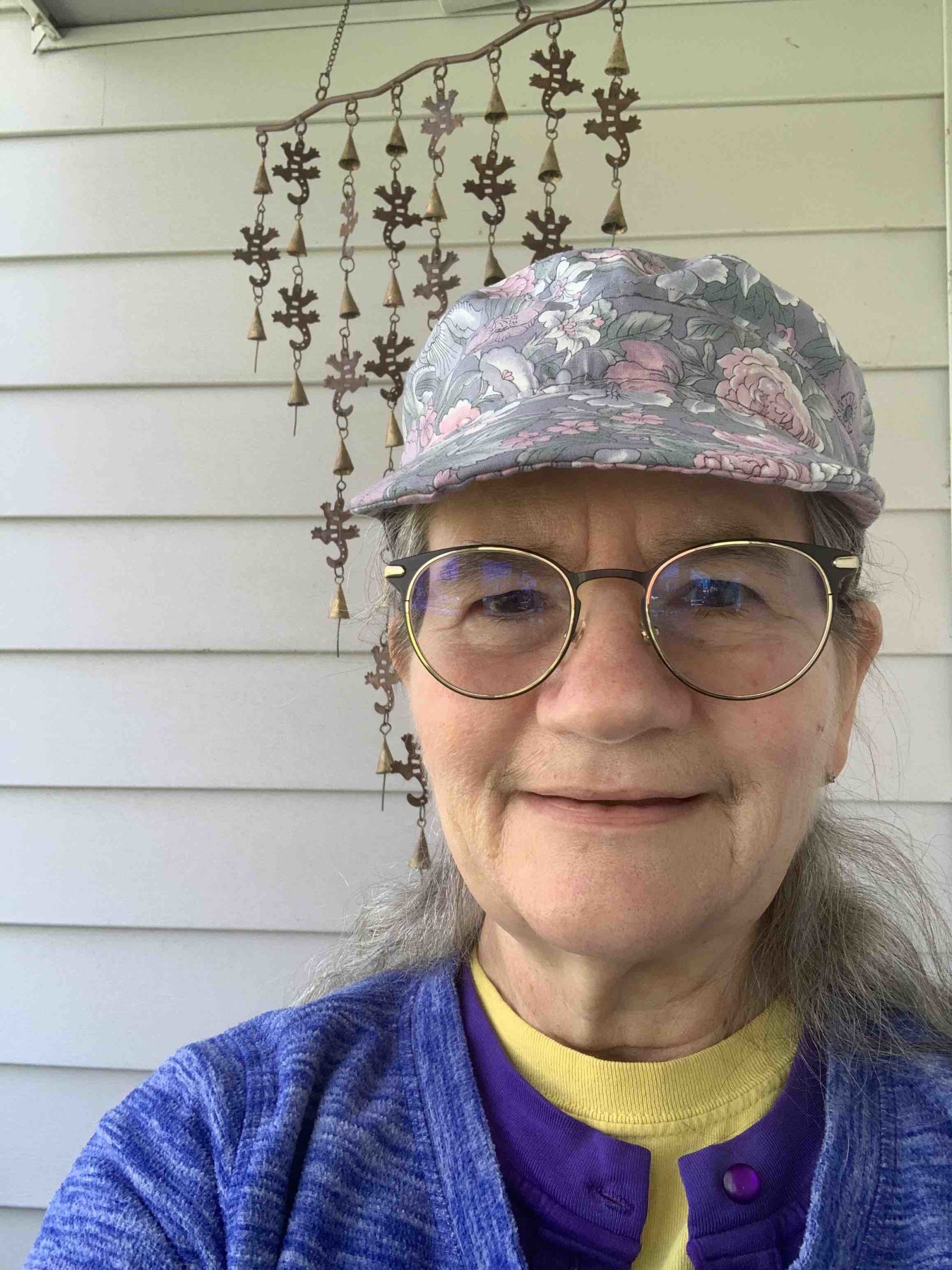 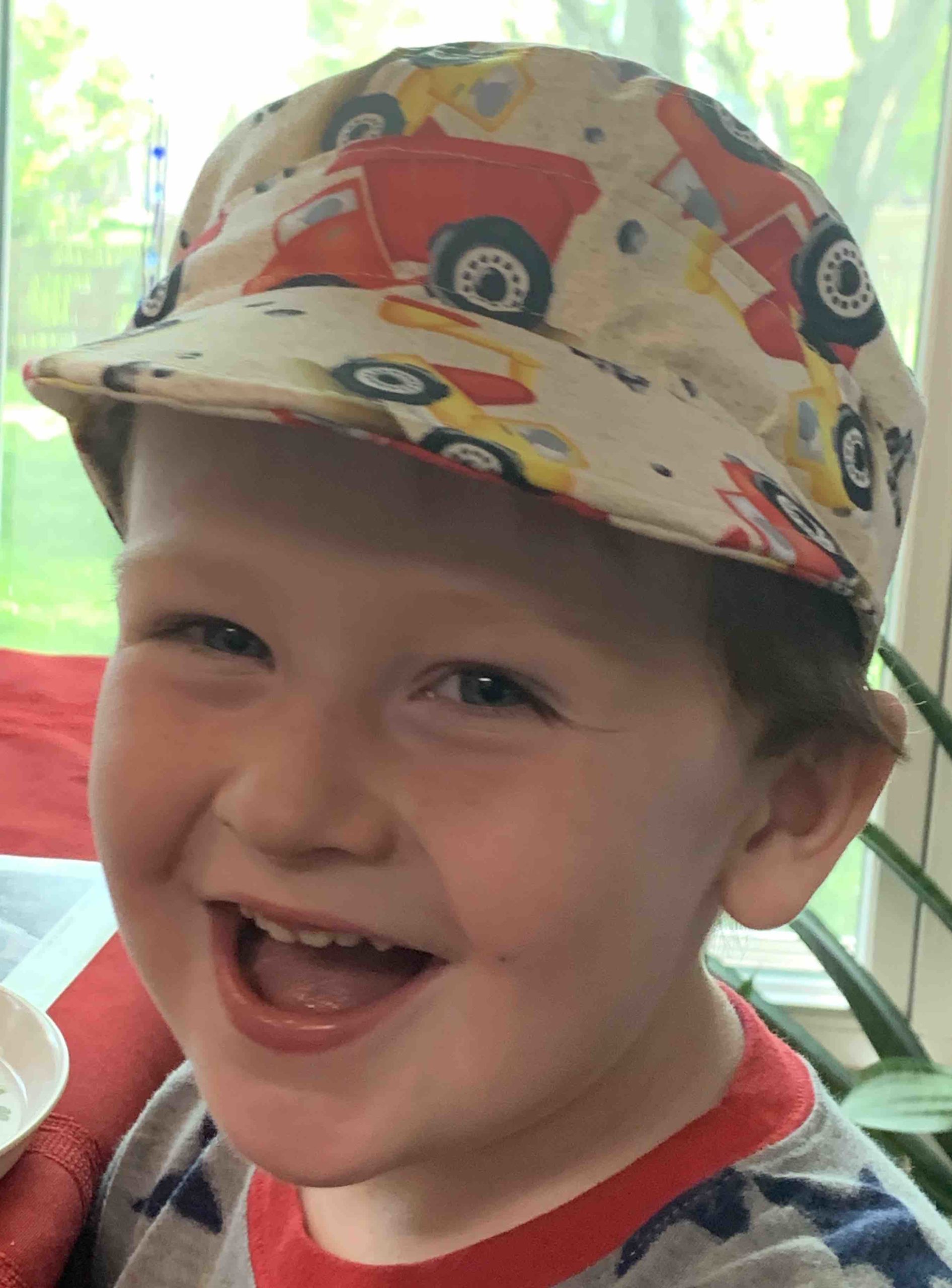 The military patrol cap has a kepi style with a flat top to its soft round crown and a stiff bill. There are two styles of caps. One is an all weather style cap and has Velcro along the back of the band making it fit a range of head sizes. The cool weather style has a fleece lined band.

The all-weather style patrol caps have a band with enclosed Velcro along the back so it will fit more than one size of head. It is designed for warmer weather with an unlined crown and terry cloth enclosed in the band for comfort do it can be used anytime.

Check the description for the detail information.

The cool-weather style patrol caps have a fleece lined band and are designed for cooler weather.

Check the description for this detail information.

Tuck Hair Under the Cap

The soft crown on the patrol cap has a bit of give. It is likely to be flexible enough to pull the cap on over a pony tail or simply roll the hair and tuck it under the back edge of the cap.

All of Our Military Patrol Caps —

All of our military patrol caps are original designs by Rawls-Riley Creations. They are 100% made in the United States of America.