Tony has a cowboy hat that he wanted to wear when he went to clean up trash at the site after the ABATE Labor Day Rally. He has used other caps, but they only had a bill. Those provide shade for his face, but does nothing to protect the back of his neck. The cowboy hat would definitely be better with its full brim for shade. As my spouse, he knows all about my headwear business. He wears lots of it and has been an inspirational source for some styles. He asked me to make him one of my custom hat bands to use on his hat and selected the boobs custom print from the Folies Headwear line. I happened to have a chin strap available so he add to the hat as well. It was a hot clean up day and he happily texted, “Hat worked good, never blew off once.” 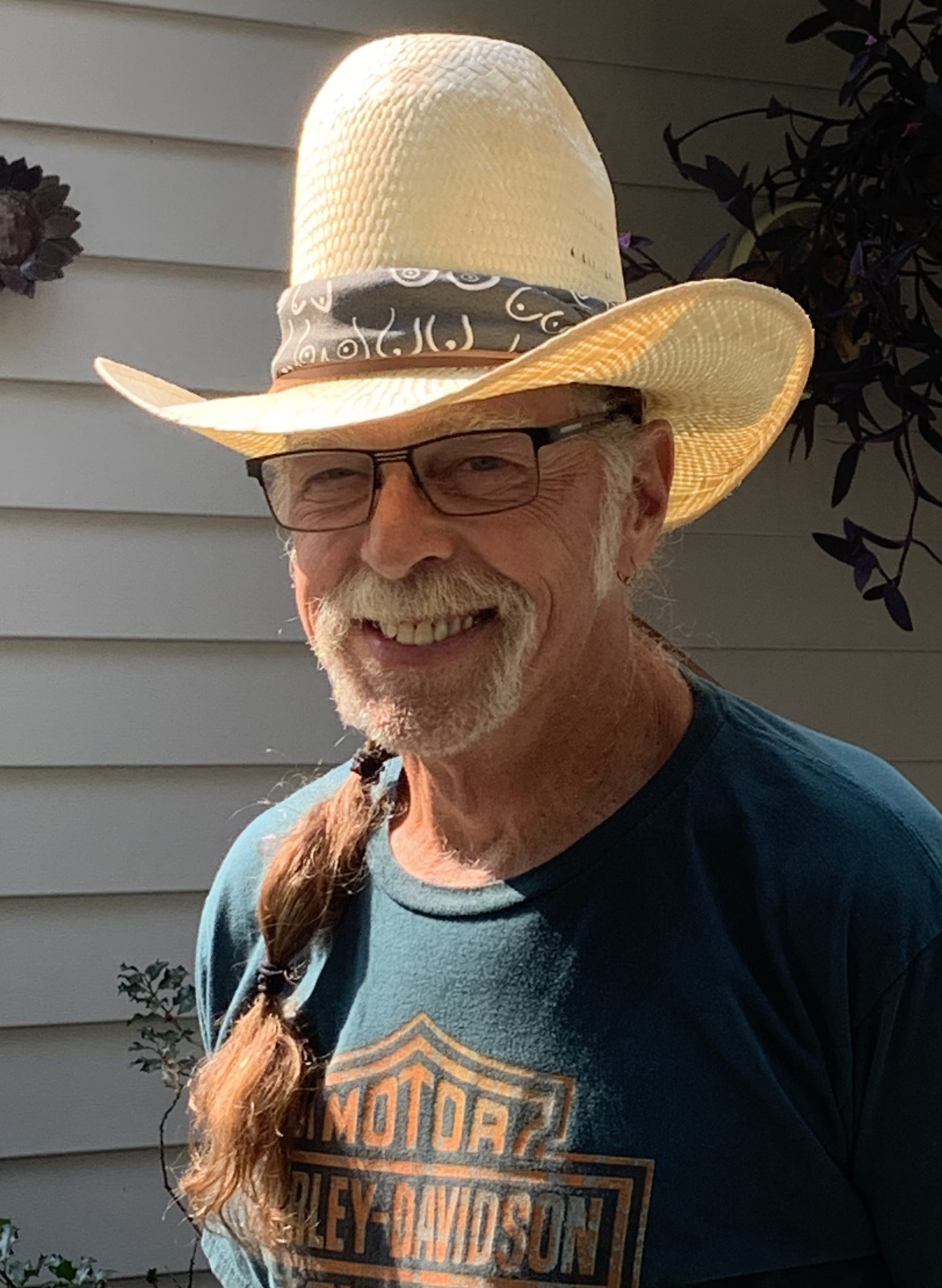 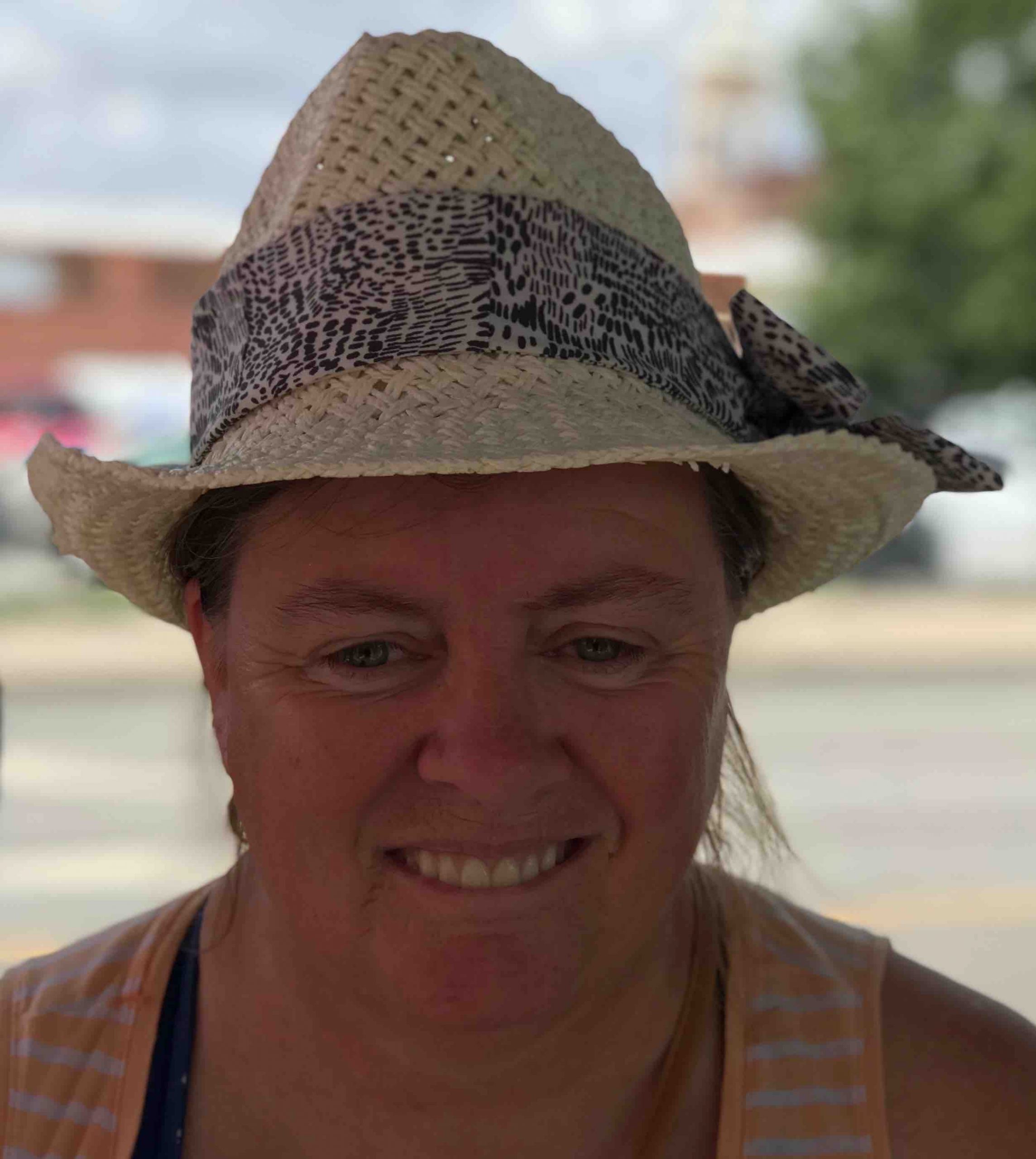 The floppy hat bands were originally designed and used as a means to customize floppy hats. Customized fedora hats were added to the line using with the same approach and those hat bands got redesigned to eliminate the bow. It did not take long for a gal to decide she wanted a fedora, but going with one of those fedora bands would not do for her hat. She selected one of the floppy hat bands for her hat. It looked fine and she was pleased to let me snap a picture.

Now the floppy hat bands have become the most versatile band. They are used on all of the hats and can be added in the following ways.