Becky Rawls-Riley is the entrepreneur for Rawls-Riley Creations LLC which makes practical headwear that is worn regularly by guys and gals. She strives to make headwear its customers will be pleased to wear and uses direct connections with customers to understand how her headwear can be improved and expanded to meet more of their needs. She works with suppliers to make new creations and increase the business capacity. She is a self-taught headwear maker.

It is by hearing from customers that she has come to learn they really appreciate her help. Her headwear makes a meaningful difference in their lives. They inspire Becky to continue her work as a headwear maker.

The Beginnings of Headwear Making

Becky has been a maker all her life. She learned sewing as a child from her Mom. Today she is a headwear maker. She has been an entrepreneur since 1996. It was on a motorcycle trip to Idaho in 2009 with her husband that she was inspired to go back to her roots in sewing to seek a new path after her computer consulting dwindled with the recession.

She knew she needed to find a way to fill a need for a customer. She needed market research and turned to shows where she could get face-to-face with prospects. She initially sought ways to use needlework and sewing bags, but it was not inspiring and sells were pitiful. It did establish a process of make, get prospect feedback, and adapt or abandon and that has become a must for her headwear making.

As a biker, who has had her own bike since 2000, she was constantly using do rags, so why not make those? The initial approach was with needlework and patchwork in the headband. She could see the headwear was helpful to customers, even though the approach was not well received. Bikers are not bashful when it comes to telling you what they think and what they need. It is through their guidance that the do rags have come a long way and the hair bag® do rag was created. It is a community that Becky truly appreciates serving with her headwear.

In the Fall of 2013, her daughter ventured into helping with sales at shows and she quickly pushed. “Mom, if you want my help with sales, you have to have something that will sell.” In two weeks, they were scheduled to do an arts and crafts show. Becky had taken to reading a sewing magazine and a recent issue ran a story about a headwear maker. She was determined to make something happen and believed the headwear path could work for her, too. The daughter’s push came at a good point. They really needed something for the cooler Fall and Winter days when bikers were starting to think more about parking it and dreading the time when they would have little choice but to wait for the return of riding days.

She went to the fabric store for material that would work for making cooler headwear. Fleece beanies would be the starting place for the new design. With only a two week window, she needed to make a pattern that would be quick to sew and decided to make it only one piece and to limit it to a one-size-fits-most size. She made a plain beanie and decided to add a pinwheel and flower to that base so she would have variety. Her other daughter suggested someone may want a roll up beanie, so she made that, too.

Putting the four styles of fleece beanies on the rack at the Maple Leaf Festival was when it all clicked. The cool, brisk mornings and colorful fleece drew in several people. Parents wanted the kids to be a bit warmer and the kids found something they liked. Adults wanted to get a hat to make walking at the show more comfortable and they needed it to easily stash in their pocket as the day warmed. Sales took off.

Becky has found her niche with headwear. She continues to seek ways to help customers. They inspire her with stories they share about her headwear. 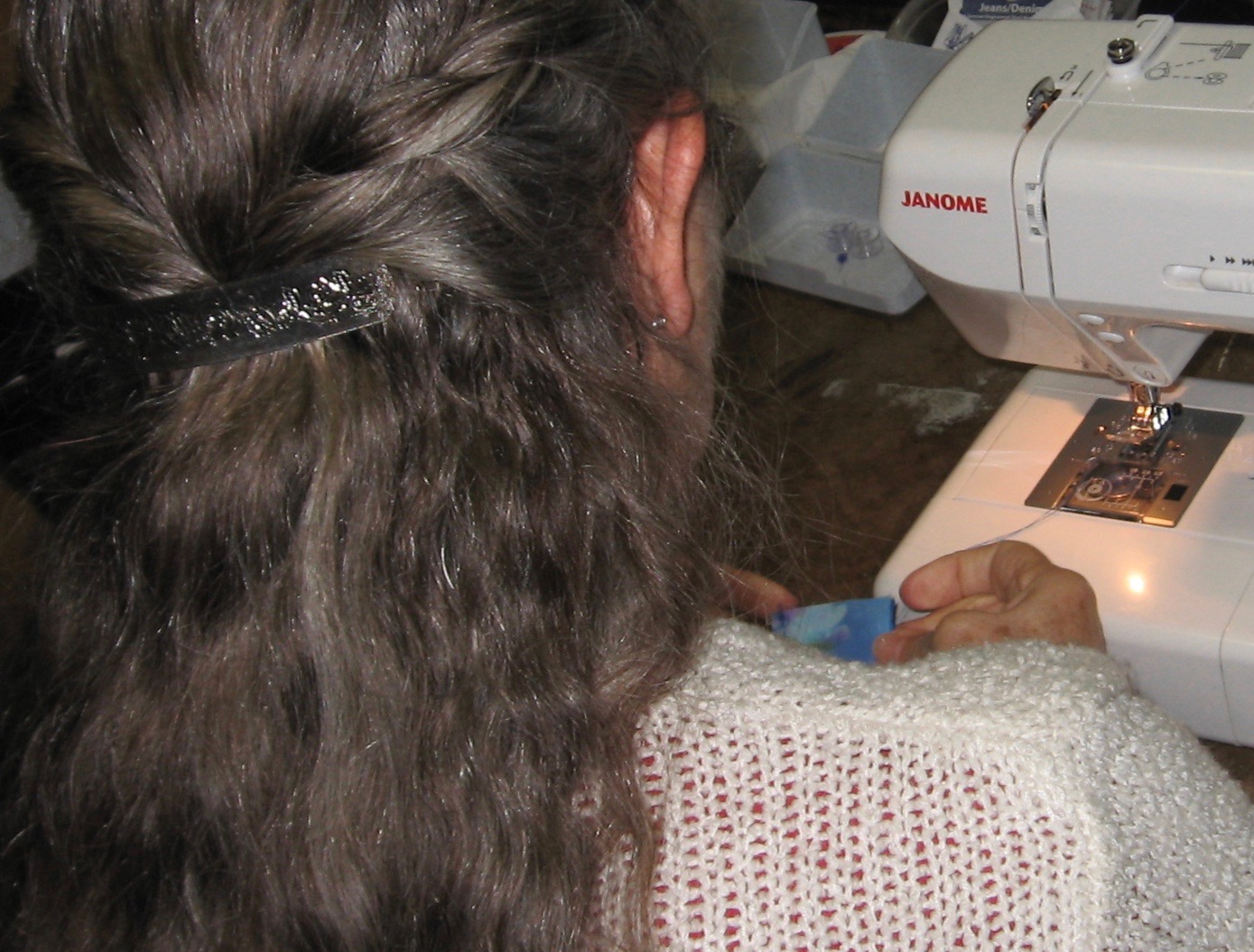 Headwear is now the focus for Becky with Rawls-Riley Creations. She makes practical headwear for guys and gals. It is sewn and produced in very limited quantities where many are one-of-a-kind creations. Most have sizes for a comfortable fit.

Designs are all original creations by Becky. The types of headwear has expanded to include headwear for all seasons and it provides protection in different conditions. Some of the headwear is used for work, play, recreation, and even on outings like going to church, shopping, and walking the dog. Depending upon the need, some customers will find they really have more than one style to select from so they will not be limited to only one type of headwear.

Headwear is sold at shows such as arts and crafts, festival, and biker events and online for cash and carry items and custom requests are always welcome. 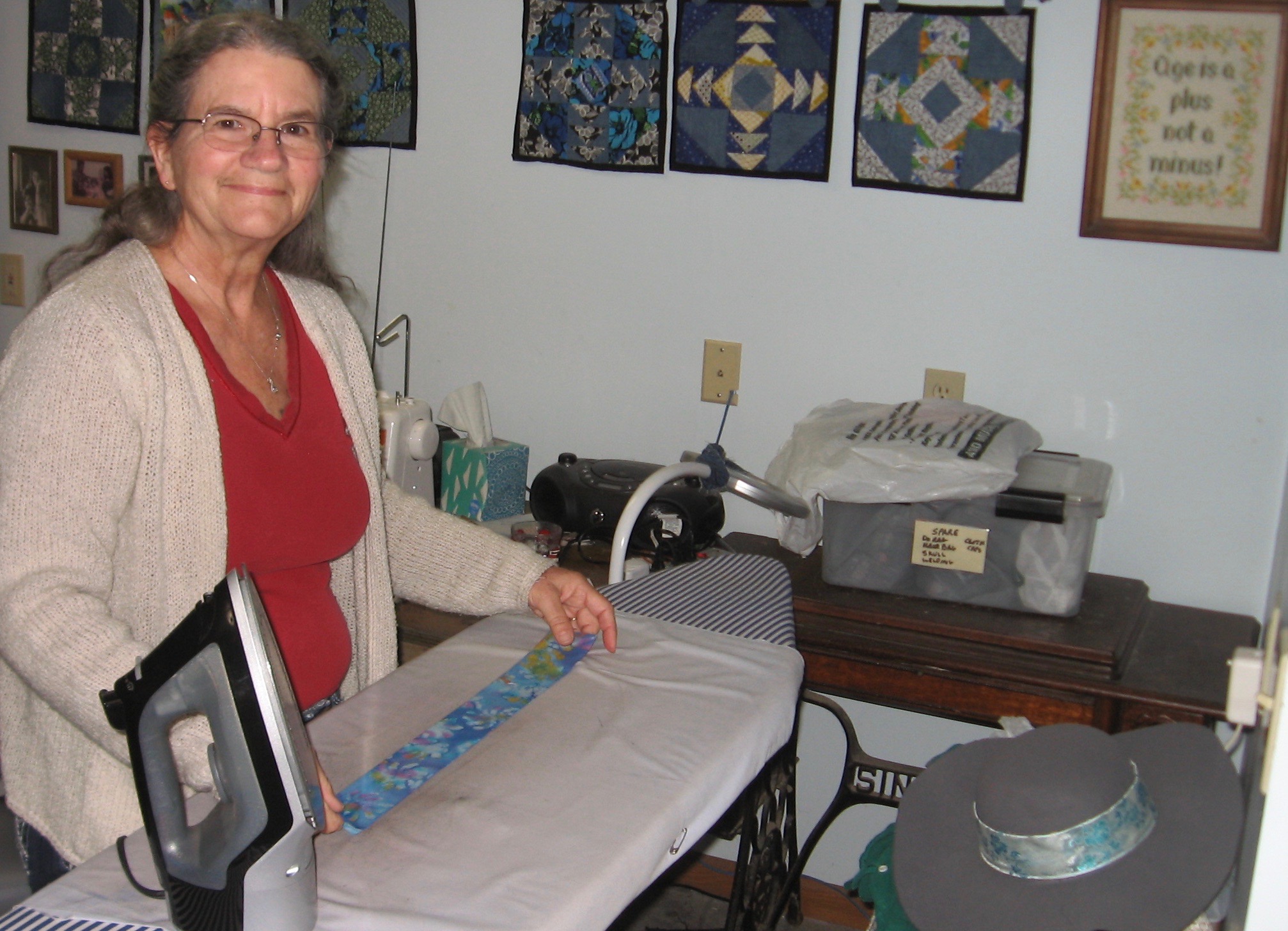